A minimum wage has been a government mechanism for regulating the labour market for years. The aim is to protect workers, alleviate poverty, reduce low-paying jobs and address inequality in the labour market among others.

If you’re an employee or looking to be one in PEI, it’s essential to know the current minimum wage to understand what to expect from your employer.

In this article, I discuss everything you need to know about the minimum wage in PEI including how it compares with the federal and provincial minimum wages in the country.

What is a Minimum Wage?

A minimum wage is the least amount that can be paid to an employee per hour by their employer. Governments across different jurisdictions set the minimum wage according to the peculiarities of their environment.

As a result, there exists a varying minimum wage even within a given country. In Canada, the federal government has its minimum wage while the provincial and territorial governments also have theirs.

Regardless of the differences in the minimum wage, the common aim is to ensure that workers are treated fairly by their employers.

It’s worth noting that different jurisdictions have the right to exempt certain groups from the minimum wage based on their working conditions.

What is the Minimum Wage in Prince Edward Island 2022?

Compared to other minimum wages in the Atlantic region of Canada, PEI has the highest minimum wage at the moment.

On the other hand, PEI has the 8th highest minimum wage if you compare it to other provincial/territorial minimum wages in the country.

The minimum wage in PEI applies to workers that are paid per hour. But even if you work under an arrangement that pays you per amount of work instead of the hours you work (i.e piecework), the amount paid can’t be below the minimum wage hourly rate.

That said, the nimum wage in PEI set by the provincial Minimum Wage Order. In reviewing the minimum wage, The Employment Standards Board gathers public opinions in order to recommend a viable minimum wage to the government.

It’s worth noting that the government of PEI authorizes employers to make certain deductions from employees’ payments. This is a common practice in other provinces in the country.

The following are the deductions allowed on employee’s pay in PEI:

Besides the above deductions, an employer in PEI doesn’t have another right to deduct from an employee’s pay, especially regarding the employer’s business costs on:

In a situation where the business requires the employee to wear a corporate uniform, the employer can only request a maximum deposit of 25% from the employee.

If you work with an employer that furnishes board and lodging, the following are the maximum amount that can be deducted from your pay:

Since 1961 when PEI started setting a minimum wage, there has been a gradual increase in the rate. The following table highlights the minimum wage in PEI om 2009 to 2021.

How PEI Minimum Wage Compares With Others

To understand the worth of the minimum wage in PEI, it’s essential to have a general knowledge of the federal, provincial and territorial minimum in Canada.

The federal minimum wage in Canada is $15.55 per hour which came into effect on April 1, 2022, following its increase from $15.00/hour. This minimum wage applies to all federal workers in Canada working even in provinces with higher minimum wages.

The federal government adjusts its minimum wage every April 1 annually to account for inflation as determined by the average annual increase of the Consumer Price Index (CPI).

That said, the following table highlights the provincial and territorial minimum wages in Canada starting from the highest to the lowest.

From the above table, Nunavut has the highest minimum wage with Saskatchewan having the lowest.

Prince Edward Island (PEI) ranks 8 out of the 13 provinces and territories in Canada. Compared to Nunavut vs Saskatchewan, PEI has a modest minimum wage.

Like the federal government, the provincial and territorial governments also adjust their minimum wages annually to account for inflation.

How is the Minimum Wage in PEI Determined?

The post-pandemic realities in Canada that result not only in increased cost of living but labour shortage and employers’ uncertainty play a major impact on the current PEI minimum wage.

The Employment Standards Board is saddled with the responsibility of reviewing the mum wage regularly. The board makes its recommendations based on public opinions and a series of voting.

In addition to other factors, the board considers employees’ ability to purchase necessities of life such as food, housing, clothing, health care and transportation.

In addition, the Employment Standards Board is expected to consider employee poverty levels and their ability to sustain a suitable standard of living.

There has been a gradual increase in the PEI minimum wage from inception to date. This increase is informed by the prevailing realities in the province which include but are not limited to inflation.

With PEI having one of the highest inflation rates in Canada, the recent increase of about 5 percent is still below the inflation level.

Notwithstanding, businesses are already complaining about the increase of minimum wage in PEI due to the post-pandemic challenges they face. They see a high minimum wage increase as a threat to their economic recovery from the pandemic.

The reality is that more increases can be expected in the future to ensure the minimum wage continue to reflect the increase in the cost of living, taxes, transportation, retail products and other amenities in the province.

As a result, the Employment Standards Board is expected to keep reviewing the minimum wage in PEI nd submit its recommendations at least once a year.

However, minimum wage in PEI has been consistently increased every April since 2017.

That means the subsequent minimum wage increase in PEI will likely reflect on April 1, 2023 following the recommendation of the Employment Standards Board.

Understanding the Working Hours in PEI

Based on the PEI Employment Standard Acts of PEI, the minimum wage is paid per hour. This means that for every hour you worked, you’re entitled to the current minimum wage.

If you work additional hours (i.e overtime) during the work week, you are also entitled to one and one-half payments times your standard payment per every additional hour.

But if your employer asked you to work outside regular work hours, they must pay you the minimum wage of at least 3 hours.

What jobs are in demand in Prince Edward Island?

Prince Edward Island is a land of job opportunities. The following are some of the jobs that are currently in demand in the province:

Some FAQs on Minimum Wage PEI 2022

Is Prince Edward Island a good place to live?

Prince Edward Island (P.E.I.) is a good place to live especially if you love being in a serene environment surrounded by beaches and historic buildings.
Despite being the smallest province in Canada, PEI boasts of several high-quality amenities. It’s a family-friendly environment with good schools, tourist attractions, and fun-filled outdoor activities.
Some of the notable attractions in PEI include the PEI national park which houses the famous Green Gables Heritage Place and The Anne of Green Gables Museum.
If you enjoy golf and seafood, you will find this great culinary Island worthwhile with its low cost of living.

What kind of people live in Prince Edward Island?

Prince Edward Island is a heterogeneous society with people across different ethnic groups, tribes and faith. You will find Scottish, English, German, Irish, French and Dutch descents in this white community.

How much does a house cost in Prince Edward Island?

The average price of a home in PEI as of June 2022, is $415,985 as established by the Canadian Real Estate Association (CREA). That is relatively lower compared to the home prices in other parts of Canada such as Ontario and BC.

As an employee, you should not enter the labour market blindly. Knowing the minimum wage means knowing your right in the market.

If your employer has been underpaying you, it’s time to ask for what you’re due. And if you’re about to join the PEI labour market, you know what to expect.

I hope you’re now informed about the minimum wage in PEI. If you need more clarification, don’t hesitate to leave a comment below. 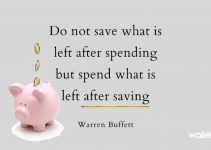 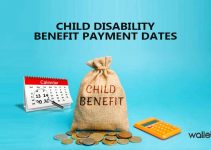 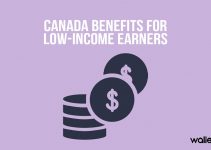 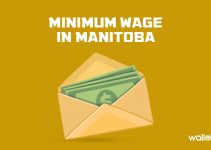 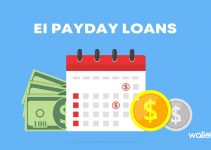 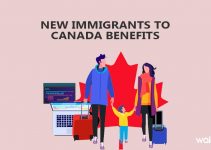