Since its inception in 2009, Tax-free Savings Account (TFSA) has continued to grow in popularity. The CRA releases some annual TFSA data with the latest one for 2018 recently published.

Here is a summary of some of the key TSFA data

Detailed data and information are presented below.

Data on TFSA Accountholders and Accounts

The first set of TFSA statistics focus on TFSA adoption using the number of accounts opened and the unique accountholders.

A TFSA holder is anyone that is eligible for the account and has opened at least one TFSA. Here, we’re looking at unique Canadians with a TFSA and not the total number of accounts.

What does this tell us about TFSA adoption?

But the growth isn’t driven by Canadians turning 18, the minimum age to open a TFSA.

Rather, the increase in TFSA adoption is largely because of more Canadians taking advantage of the savings scheme.

This suggests that the yearly growth will likely slow down and flatten in the future to a point where new increases will be primarily driven by people turning 18 and new immigrants.

Total number of TFSAs was about 20.8 million in 2018. That’s a lot of accounts but on it’s own, the number doesn’t tell us much about TFSA adoption.

At current trend, total TFSAs at the end of 2020 (2 years after the last available official TFSA data) should be above 23 million.

But we know that a good percentage of those accounts don’t have any transactions in a given year.

For example, 9.6 million accounts had no transactions in 2018. That’s a whopping 46.1% of the total number of accounts.

This shouldn’t be surprisingly given the number of new investment products with better offerings and lower fees that have popped up in recent years.

Are people opening new accounts but not using them? Or they stopped operating the old ones but leave the accounts open?

3 out of every 10 TFSA holders have more than 1 TFSA opened.

In fact, almost 140,000 people had 5 or more accounts. This is interesting, though we don’t know how many of those accounts are still active.

Again, it’s possible people open a new TFSA and never bother to close the old ones. Or they keep both accounts.

The concern here is how difficult it may be to manage multiple TFSA accounts to avoid TFSA over-contributions.

Compared to RRSP over-contributions, going above your TFSA limit is more punitive.

There is no $2,000 excess contribution buffer like you have with RRSP and the penalty still hands even if you withdraw the excess before the end of the month.

Next, let’s look at some data on TFSA contributions.

58% of TFSA holders contributed to their account in 2018. The statistics seems impressive, although the proportion of those of those making contributions is declining.

But the dollar amount contributed keeps rising. Canadians contributed $67 billion to their TFSA in 2018 for an average of $7,811 per TFSA holder.

TFSA Holders who maximized their contributions

Given the obvious tax advantage of TFSA, you would expect that many Canadians will maximize their contribution room.

But only 9.6% of TFSA holders have maximized their TFSA contribution by 2018.

Here’s a table showing the annual TFSA dollar limit for each year starting in 2013 and the cumulative contribution room.

And as you’ll see below, income and age is a big factor when it comes to Canadians that are maximizing the tax advantage of the TFSA scheme.

This data will only get worse as new TFSA dollar limits are added annually.

Also, there’s a glaring disparity between the unused contribution room for lower-income and higher-earning Canadians.

One of the best features of a TFSA is its flexibility around withdrawals.

TFSA holders can always withdraw from their accounts without worrying about a withholding tax like they would if they withdraw from an RRSP before retirement.

In 2018, 4.5 million TFSA holders withdrew from their accounts. That is about 31 percent of all TFSA holders.

And the average amount for those TFSA Withdrawals was $7,689 spread across an average of 5 transactions. That works out to about $1,500 per TFSA withdrawal transaction.

Compare this to the TFSA contribution data: the average Canadian contributed $7,811 over about 15 transactions, i.e. about $500 per contribution.

We can interpret this to mean that many people contribute smaller amounts several times a year, for example with every paycheque, but make fewer withdrawals of larger amounts.

Wondering what those withdrawals are used for?

According to the 2019 RBC Financial Independence in Retirement Poll, paying off a debt (25%), making a large or special purchase (24%) and emergencies (20%) are the Top 3 reasons for making TFSA withdrawals.

Related Post: How To Withdraw From TFSA (TFSA Withdrawal Rules)

Here are a few reasons for the remarkable increase:

The net contribution and withdrawals over the 5-year period was roughly $159 billion but the total market value increased by $180 billion.

That works out to about $21 billion in investment returns in those 5 years.

Most of the data above look quite different once we consider the income level of TFSA holders.

Below are some of the key TFSA data presented for different income groups.

As mentioned earlier, about 9.6% of all TFSA holders maximized their contribution room in 2018.

Contributions and Withdrawals by Income Levels

Not much of a shocker but income levels have a positive correlation with contributions and withdrawals.

That is, the more you earn, the higher the amount you’ll be able to contribute and then withdraw.

The average unused contribution room for all TFSA holders was $34,165 but the figure is just $19,063 for those in the highest income bracket.

That explains why the market value of their TFSA account is more than double the overall average of $20,292:

In summary, I would say some of these statistics are not shocking. There have been several studies and research that supports these data.

And increasing the limits will disproportionately benefit those with higher income and than the low earners. Worse, it’ll do little to encourage savings by Canadians irrespective of the income group.

Most people will only save and invest what is left after covering their basic expenses.

With the big 3 expenses (housing, transport, and food) accounting for over 60 percent of the average Canadian household spending – likely worse for low-income households- there’s just too little left to save and take advantage of registered accounts.

Like income levels, the data shows significant differences when analyzed across age groups.

Here are a few that stood out to me.

83% of TFSA holders aged 20 years and below contributed to their accounts in 2018. This is quite remarkable given that the overall average is just 58%.

Is it because TFSA is the only registered account available to them at that age? (Note that you need to have earned income in a previous year to accrue RRSP contribution room, but not with TFSA).

Or they have fewer expenses that allows them save more? Or maybe it’s just an early excitement that wears off as they get older?

Those aged 75 and above represent just 12% of all TFSA holders. Interestingly, they own 22% of the total market value of all TFSAs – a 24 percent gap.

Also, they are almost 2 times more likely to maximize their TFSA compared to the overall average of 9.6%.

This explains why the average TFSA value for the age group far exceeds other age groups.

So why is TFSA adoption highest among older Canadians?

To get a better idea, I reached out to Owen Winkelmolen, a fee-for-service financial planner and founder of Planeasy.ca.

And he has this to say about the data:

“Anecdotally, my suspicion is that higher TFSA use among older individuals likely has to do with a higher capacity to save. Everyone is different, but on average debt reduction is typically more of a focus in 20’s and 30’s. Income also increases quite rapidly during 20’s and 30’s and levels off around age 40. Plus mortgage payments typically remain consistent, represent a smaller percentage of income over time, and eventually get paid off entirely. All this, plus other changes to income and expenses, helps older individuals have a higher capacity to save and maximize tax advantaged space like TFSAs and RRSPs ”

You can check his post about how average income increases more rapidly in 20’s and 30’s here.

Other possible reasons are:

Here’s the average TFSA value per TFSA holder across the provinces and territories.

You’ll notice that British Columbia has the highest value. It isn’t significant but it’s worth noting that the province also ranks high on many of the statistics.

For example, it has the highest contribution by TFSA holders of $8,673 compared to the Canada-wide average of $7,811.

And if we exclude non-residents, British Columbia also has the highest TFSA withdrawal amount.

Quebec and Ontario are not that far behind – and you can add Alberta, Manitoba and Saskatchewan in some cases.

On the other hand, the 3 territories are at the lower end across board.

In my opinion, province should have little to do with TFSA adoption. It seems the real driver here is income.

That is, people will use TFSA more if their earnings increase and they have higher disposable income, not just because of where they live. But I could be wrong.

There’s been some improvement in TFSA adoption over the years as some of these data shows.

But with about half of all tax-filers still not taking advantage of the tax-sheltering benefits of a TFSA, there is still a big room for improvement.

To learn more about TFSA, check out this TFSA Guide. 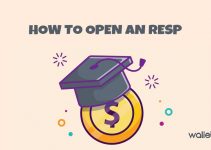 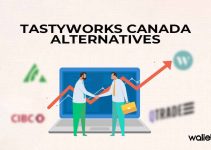 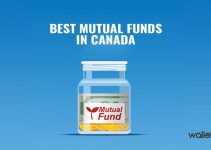 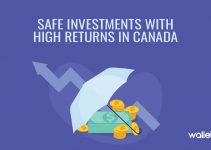 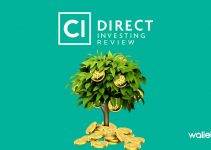 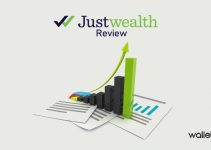